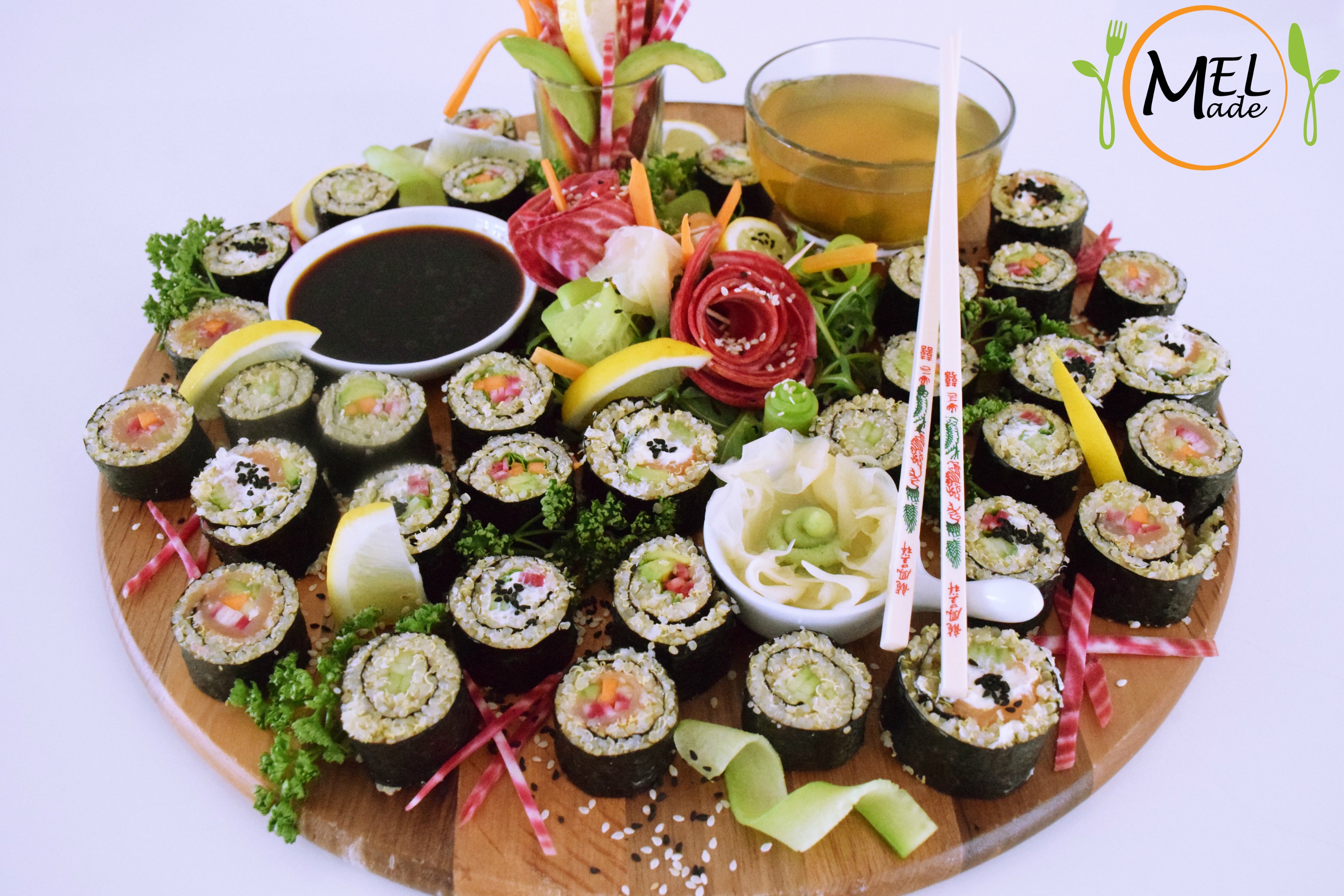 I was not a sushi fan until I made this quinoa sushi a few years ago. I don’t eat white rice because I think that there is not any nutritional value in it. I’ve been fish poisoned 5 years go that’s why I don’t eat raw fish at all. But this vegan sushi is my favorite so far. It’s light, quite fresh and delicious. You can see from my other posts that I love quinoa. This is a naturally gluten-free superfood, which has, at least, double the iron, protein, potassium, calcium and fiber of white rice. One serving of this sushi has only 100 milligrams of sodium and fewer than 200 calories, great, isn’t it?